Dispelling the Myth of Passivated Codoping in TiO$_2$ 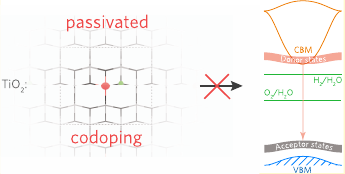 Modification of TiO$_2$ to increase its visible light activity and promote higher performance photocatalytic ability has become a key research goal for materials scientists in the past 2 decades. One of the most popular approaches proposed this as “passivated codoping”, whereby an equal number of donor and acceptor dopants are introduced into the lattice, producing a charge neutral system with a reduced band gap. Using the archetypal codoping pairs of [Nb + N]- and [Ta + N]-doped anatase, we demonstrate using hybrid density functional theory that passivated codoping is not achievable in TiO$_2$. Our results indicate that the natural defect chemistry of the host system (in this case n-type anatase TiO$_2$) is dominant, and so concentration parity of dopant types is not achievable under any thermodynamic growth conditions. The implications of passivated codoping for band gap manipulation in general are discussed.

Some very nice computational work here by Ben Williamson, coupled with careful experiments from Ivan Parkin and Claire Carmalt’s groups. Co-doping of TiO$_2$ in order to narrow its band gap so that photocatalytic water splitting with visible light would progress more efficiently, is shown to be largely a ‘myth’! TiO$_2$ wants to be $n$-type, so co-doping is not going to be efficient due to the thermodynamics. 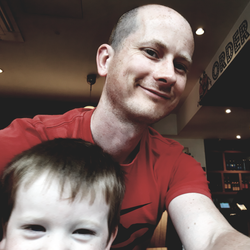